Salt marshes may be found throughout the coast of Daufuskie Island. The twice-daily tide alternately floods and drains all low-lying areas just inland from the ocean. Marshes provide highly productive nursery grounds for numerous commercially and recreationally important species, and serve as filters to remove sediments and toxins from the water. Marshes also buffer the mainland by slowing and absorbing storm surges, thereby reducing erosion of the coastline.

The twice-daily ebb and flow of the tides greatly influence life in the salt marsh. Variation in flooding and elevation divides the marsh into two zones, high marsh and low marsh. The low marsh floods daily while high marsh is flooded only during twice-monthly “spring” tides and during storms. Salinity in the marsh varies widely from very salty to virtually fresh depending on the height of the tide and on runoff from rainfall. This rapid and regular transition from wet to dry, salty to fresh water, cold to hot greatly limits the types of plants and animals that can survive in salt marshes. However, the rich soil and abundant sunlight make salt marshes very productive, allowing those animals and plants adapted to the marsh to develop extensive populations. A variety of algae inhabits the salt marsh and serve as primary producers of food. Most rooted plans cannot tolerate any exposure to salt. However, smooth cord grass, often called by its generic name, spartina, has evolved the ability to withstand regular inundation by saltwater. Spartina dominates the low marsh to the exclusion of almost all other plants, a creating a very unusual habitat. Spartina stalks are thick, very tough and well anchored by a root system. The plant’s narrow, tough blades and special glands that secrete excess salt, making it ideal to withstand the high heat and daily exposure to salt water. The soft marsh substrate, referred to as “pluff mud,” prevents large grazing animals from consuming living spartina stalks. Instead, the grass dies back each fall and bacteria decompose it into a rich soup known as detritus that along with algae serves as the basis of the productive salt marsh food web.

Spartina grows best in the low marsh and along the meandering creeks where currents constantly replenish soil nutrients. Spartina also grows in the high

marsh, but often reaches not much over a foot in height. The high marsh also contains a mixture of several somewhat salt tolerant species including black needlerush and salt meadow cordgrass. At the edge of the high marsh a narrow transitional zone develops between the salt marsh and the maritime shrub community which consists of wax myrtle, yaupon, groundsel tree and red cedar.

Salt marshes rank among the most productive ecosystems on earth. In late fall, the green Spartina begins to turn brown as leaves die and decomposition begins. Water, waves, wind and storms dislodge and break up decaying leaves, and transport them to mud flats and other locations around the marsh. This dead plant matter (detritus), forms an attachment site for microscopic organisms such as bacteria, fungi and small algae. These organisms colonize the broken bits of plant material and break down portions of the detritus that are not digestible by animals.

Fiddler crabs and marsh snails shred dead plant material during feeding, aiding the decomposition process. Oysters and mussels filter these particles from the water. When low tide exposes the marsh, these animals either burrow into the mud or close up into their shells. The young of many species such as blue crabs, white shrimp and red drum utilize the salt marsh as a nursery. Some of these aquatic organisms stay within the creeks throughout the tidal cycle, but many others move on and off the marsh surface with the tide. Once they leave the protection of the marsh surface to enter the adjacent tidal creeks, they become more susceptible to large predators. One of the few reptiles that lives in the salt marsh, the diamond back terrapin, forages during high tide but moves to high ground to lay their eggs above the high tide mark. Alligators pass through brackish marshes but usually avoid high salinity marshes.

Many species of birds feed on the abundance of small fishes and invertebrates that live in the salt marsh. Herons, egrets, and ibises feed on fishes, shrimp and fiddler crabs. Terns and ospreys dive on fish easily visible in the shallow water, while sandpipers and their relatives probe exposed mud flats for small snails and marine worms.

A few mammals, such as raccoons, enter the marsh to forage, while the much smaller mink, an excellent swimmer, searches the high marsh and small creeks for fish, shrimp and other aquatic prey. Bottlenose dolphins sometimes leave the deeper water of the bays and sounds to find prey in even the smallest of creeks.

Before the complex salt marsh food web and its value to marine life became known, over half the original salt marshes in the United States vanished due to filling to create land for homes, industry and agriculture. Ditching for mosquito control and diking to create waterfowl impoundments also destroyed marshes. Eventually, people realized the importance of these habitats, and now federal and state laws protect salt marshes from any type of alternation.

The salt marsh provides not only a habitat to many resident species but serves as a critical stop over point for migrating birds. The complex food web of the salt marsh influences many inshore and offshore fishes. On the rising tide, many species of fish and aquatic invertebrates invade small creeks and tidal flats to prey on resident animals and each other. As the tide recedes, predators at the top of the food chain enter the marsh to feed in shallow creeks and exposed flats. Predators at the top of the food chain include such birds as clapper rails, oystercatchers, pelicans, herons and egrets, and adults of many species of fish, notably red drum, spotted seatrout and flounder. Since many species of fish and invertebrates move freely from estuarine waters into nearshore waters, the food web which originates in the salt marsh provides energy even to animals living farther offshore.

The salt marsh also filters pollutants and silt from coastal water and buffers adjacent uplands from wind and waves. Run-off from farms and homes carries pollutants into marshes where they are absorbed and broken down by bacteria. During a storm surge the marsh acts like a giant sponge to soak up and hold a large volume of water that would otherwise flood homes and communities along the coast. 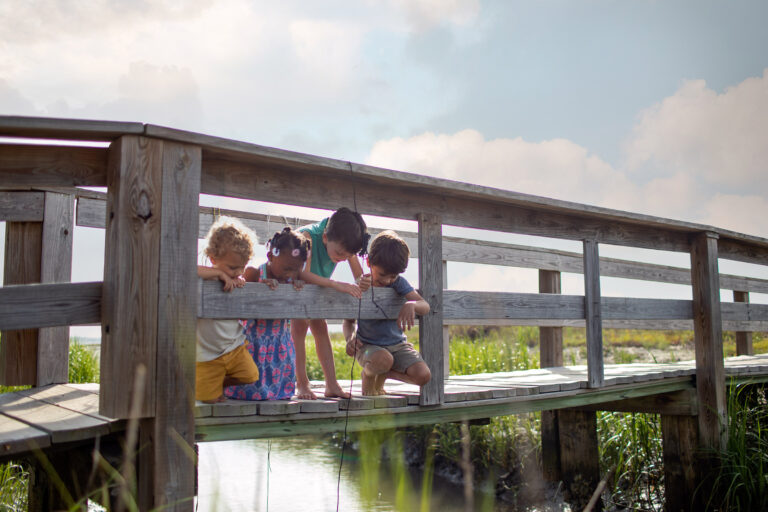 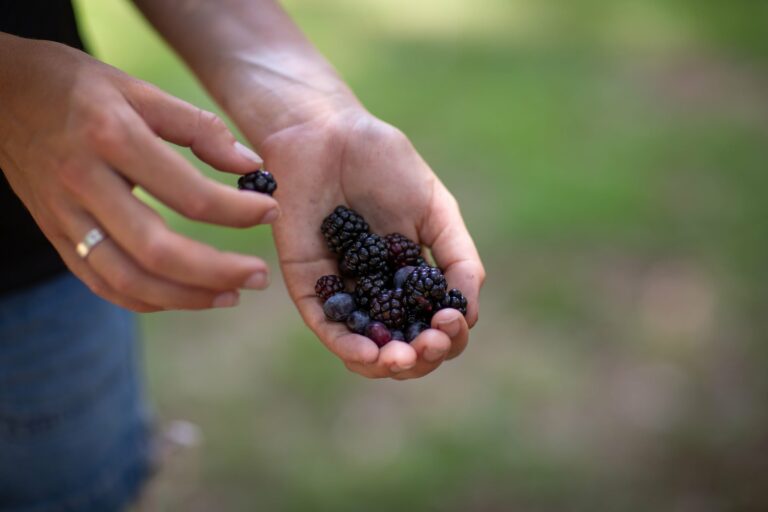 In partnership with Lowcountry Made, hosted the first Spring Farmer + Artisan Market on Friday, May 21st. Vendors from Daufuskie… 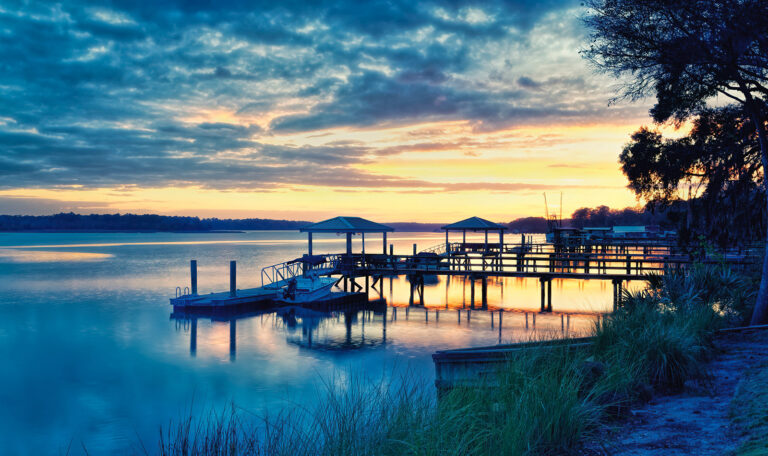 At the end of Calhoun Street, where Old Town Bluffton meets the May River, this area invites you to explore and experience the

Haig Point is committed to facilitating the accessibility and usability of its website. Our goal is to provide an accessible and barrier-free environment for our website, online services and other technology. We will be updating our website over time to implement the relevant portions of the World Wide Web Consortium’s Web Content Accessibility Guidelines 2.0 Level AA (WCAG 2.0 AA), which will also bring our website into further conformance with the Section 508 Web Accessibility Standards developed by the United States Access Board (Section 508). Please be aware that our efforts are ongoing. If, at any time, you require assistance please contact us directly at 800-686-3441.

Haig Point is committed to facilitating the accessibility and usability of its website. Our goal is to provide an accessible and barrier-free environment for our website, online services and other technology. We will be updating our website over time to implement the relevant portions of the World Wide Web Consortium’s Web Content Accessibility Guidelines 2.0 Level AA (WCAG 2.0 AA), which will also bring our website into further conformance with the Section 508 Web Accessibility Standards developed by the United States Access Board (Section 508). Please be aware that our efforts are ongoing. If, at any time, you require assistance please contact us directly at 800-686-3441.